Questions about the Inland/SNPA merger?

Here are some answers

If you have questions about the merger of the Inland Press Associations and the Southern Newspaper Publishers Association, I invite you to email or call me.  Tom Slaughter, Inland executive director or tslaughter@inlandpress.org 847.795.0381

I’ve addressed some of the anticipated questions here:

Why was this merger proposed?

The boards of Inland and SNPA saw a critical need for an association that provides a strong voice for the industry, promotes the value of newspapers to their communities, and raises awareness about the critical importance of trusted journalism in our society.

What is the benefit for members?

The new association will have a new focus, but it is also committed to preserving the networking, the camaraderie, and the idea-sharing that are hallmarks of Inland.

When will the new association launch?

The new association is expected to launch on October 1, 2019.  On that date, both Inland and SNPA will cease their normal operations and consolidate into a new, third, entity.

What will the new entity be called?

We’re working on that. Inland and SNPA have hired a marketing/branding firm to help us craft a name and hone our messaging.

What will my company’s dues be with the new association?

Newspaper dues will be based on paid subscribers, instead of circulation and digital reach.  Our models suggest that most newspapers will pay about the same or slightly less than they are currently paying.  Companies that are members of both Inland and SNPA will certainly see lower membership expenses.

This is the dues structure:

Who will run the new association?

Chris Reen, president of The Gazette in Colorado Springs, will be the first president of the new association. Reen was president of SNPA in 2017 and co-chair of the merger exploratory committee.  Other officers will include:

A national search is underway for a new chief staff executive, whose title will be CEO.

The new association will be staffed by the members of the current SNPA and Inland staffs—faces and names that you already know.

Where will the association be based?

The new association will not set up a headquarters office.  The staffs of both SNPA and Inland work remotely, and that will continue.  The association will be incorporated in Washington, D.C., because laws in the District of Columbia are the most favorable in the nation for non-profits such as ours.

What happens to the Inland Press Foundation?

The foundation will remain independent. During the member balloting, Inland members also approved a series of changes in the bylaws of the Inland Press Foundation. Those changes allow the foundation board to nominate and elect its directors and officers—making the foundation wholly independent from the new association that will be created from the merger of Inland and SNPA.

Who has been involved in the planning and organization of the consolidation?

Last fall, the Inland and SNPA boards authorized the creation of a joint working team to explore a formal merger between SNPA and Inland.

The committee’s work is guided by Jerald Jacobs, a DC-based attorney at Pillsbury Winthrop Shaw Pittman LLP.  Jerry specializes in non-profit law and has personally worked on more than 100 non-profit mergers, including API-NAA.

Other items that may interest you

Newscycle Solutions has rebranded itself with a new company identity, logo, website and mission with a new name—Naviga. … 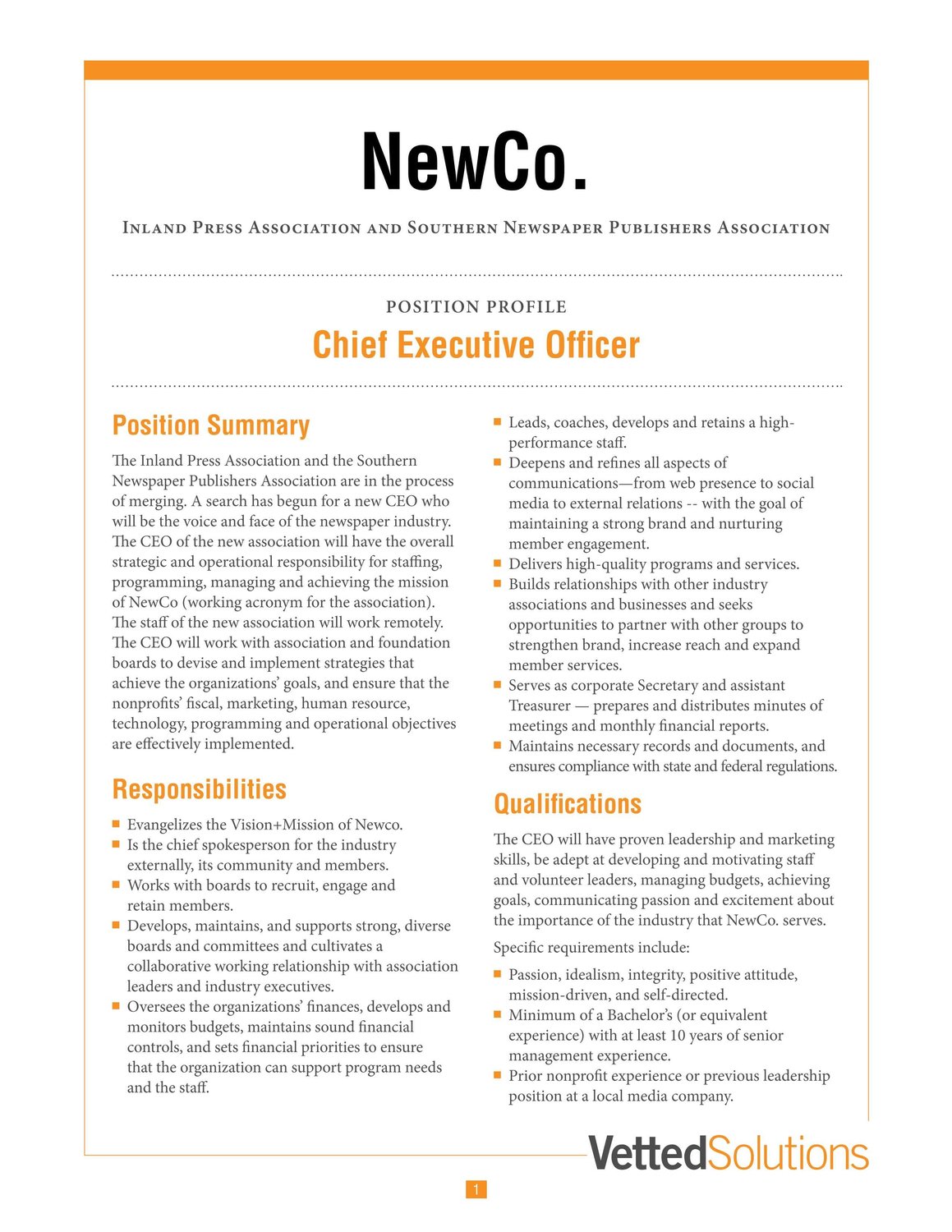